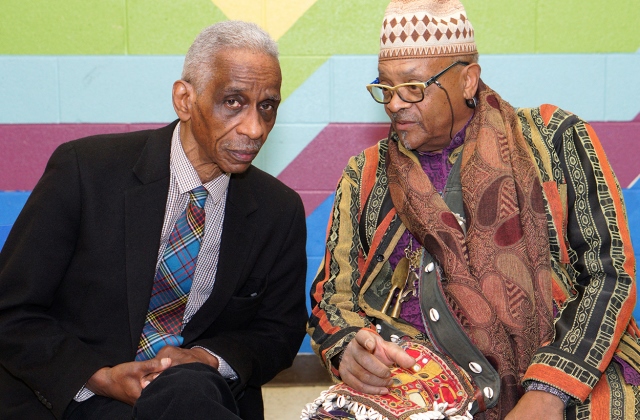 There are few musical outfits that can claim the influence, mastery and longevity of Art Ensemble of Chicago. This very special collective emerged from founder Roscoe Mitchell’s musical vision, explorations and adventurous collaborations, and has long served as the flagship ensemble of the Association for the Advancement of Creative Musicians (AACM), the august Chicago-based organization that also fostered the careers of members such as Muhal Richard Abrams, Anthony Braxton, Henry Threadgill, and Wadada Leo Smith, among many others. The group changed music and performance history forever, moving beyond the genres of jazz, experimental music and performance art into a creative realm that was entirely their own. AEOC’s performances were made even more distinctive through the use of unique sounds and instruments. Whistles, horns, bells, gongs, homemade and found sound objects feature alongside the saxophones, flutes, trumpet, flugelhorn, double bass and drum set. The group’s legendary live performances blend music, theatre, poetry and dance to create a visual and auditory spectacle that has seen them remain one of the most influential groups of the 20th century. Led by saxophonist, flutist and 2019 NEA Jazz Master Roscoe Mitchell, with drummer and percussionist Famoudou Don Moye as his wingman, the band is marking its 50 years together – and honoring departed members Lester Bowie, Malachi Favors and Joseph Jarman. 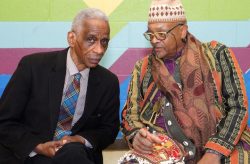 Norwegian pianist, keyboard player, composer, arranger, bandleader and percussionist Jon Balke has an association with ECM dating back to his teens, when he joined Arild Andersen’s group to record “Clouds In My Head” (1975). Later he was a co-founder of the Masqualero group, with Andersen and Jon Christensen. He has been featured as leader/composer/arranger/keyboardist of Oslo 13, Magnetic North Orchestra and Siwan, and as solo pianist on Book of Velocities, a sequence of aphoristic pieces that have affinities with Kurtág and Ligeti. He has written extensive compositional works for a vast variety of ensembles and projects like ballets, theatre plays, symphony orchestras, singers, and jazz ensembles. His history as musician include accompanying singers like Radka Toneff, Sidsel Endresen, Anne Li Drecker, Karin Krogh and Trine-Lise Vaering, as well as live and studio sessions with people like Archie Shepp, John Surman, Airto Moreira/Flora Purim, Michael Urbaniak, Enrico Rava, George Russel, Paolo Fresu, Nguyen Le, Marilyn Mazur etc. Balke’s involvement with percussion, foregrounded in the group Batagraf, which he cofounded with Helge Andreas Norbakken and Snorre Bjerck as a sort of “percussion think-tank” and “forum for ideas”, dates back to his ten-year collaboration with West African musicians in the band E’Olen, between 1978 and 1988. 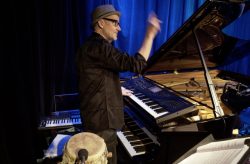