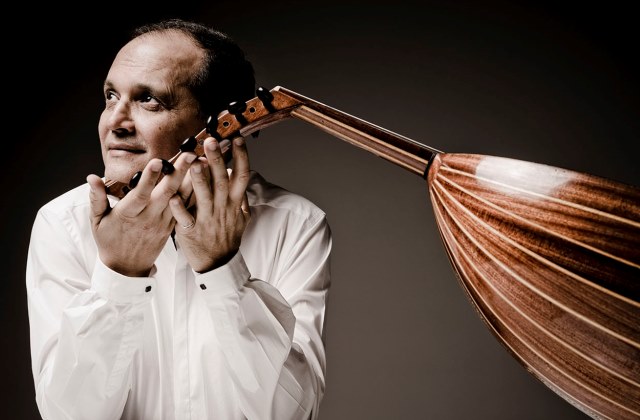 Anouar Brahem is the oud’s conjuror, an authentic master at bringing out the acoustic magic which this age-old traditional Oriental lute carries inside its calabash: the musical heritage of the Arab and Islamic worlds. Brahem is a phenomenon, a concentrated mix of prolific paradoxes: he is a supremely subversive classicist; a solitary soloist, resolutely open to the world; a man ever inclined to venture beyond his own limits and push back musical frontiers… without yielding an inch to aesthetic standards forged across time and tempered with deep respect for tradition. And because he’s sought to weave this abundance of influences and disparate passions inside the very material of his work and compositions for nearly forty years, Anouar Brahem now creates music free of any named traditional influences but rather in his own image. From the rich repertoire of јazz – John Surman, Dave Holland, Jan Garbarek and Jack De Johnette are just some of the leading players to succumb to Brahem’s melodic spells – to the multiple and diverse traditions of Mediterranean and Oriental influence (from his native Tunisia to the confines of India and Iran), his sensitive yet rigorous music constantly redefines a cleverly composite universe of poetry and culture, ever balancing between discretion and sensuality, nostalgia and contemplation. “The Astounding Eyes of Rita” (ECM, 2009) is dedicated to the memory of Palestinian poet Mahmoud Darwish. 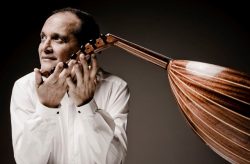 Born in Athens in 1974, Sokratis Sinopoulos studied Byzantine music and classical guitar as a child, and began playing lyra and lute in 1988, under the instruction of Ross Daly; within a year he was a member of his mentor’s group, Labyrinthos. He has since recorded and performed with composers, musicians and singers from Greece and abroad in various genres, from folk music to jazz, participating in countless concerts and recordings all around the world. In 1999 he was honored with the Melina Mercouri national award for young artists. He made his name in the jazz world thanks to the ECM recordings of Charles Lloyd, Maria Farantouri and Eleni Karaindrou. In 2011 he created Sokratis Sinopoulos Quartet. The debut album of the quartet entitled “Eight Winds” (2015), was produced by Manfred Eicher for ECM records and received excellent reviews globally. Four years after the critically lauded debut, the Athens-based Sokratis Sinopolous Quartet returns with their new album “Metamodal” (2019, ECM). A unique band, the quartet subtly sifts a vast pool of influence, its music informed by the players’ experience of folk forms, Byzantine and classical music, and many modes of improvising, including jazz. With “Metamodal”, recorded at Sierra Studios in Athens and produced again by Manfred Eicher, the group as a whole has made giant steps since its debut. 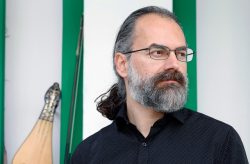