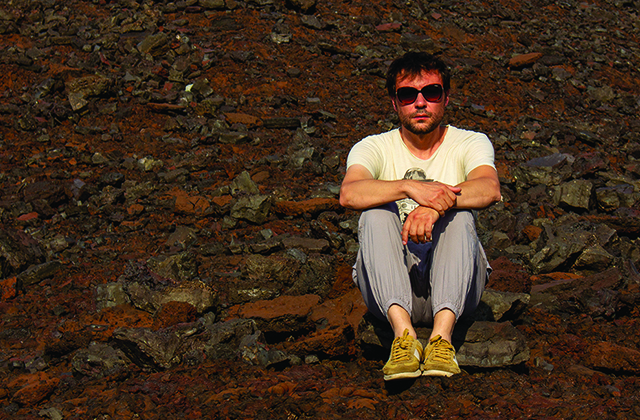 Yordan Kostov is a Macedonian musician, accordionist, pianist, composer, improviser, arranger and producer. He belongs to the generation of young Macedonian artists who has overcome challenges and fears of conventional creative communication with the global world, creating his own unique expression that persistently defy the forms of commercial music. Mostly free in his musical forms, the avant-garde music of this versatile composer and accordionist, moves within the frames of jazz and world music, at the same time nurturing the influence of the classical middle age masters, and keeping the connection with the Macedonian music including its exotic scales and rhythms.

L.U.M.E. (Lisbon Underground Music Ensemble), created and led by Marco Barroso, is a 15 piece ensemble of jazz and classical musicians that moves in between affinities with the Big Band classical model and re-interpretations or provocations towards it. Within a dramatization, frequently ironic, of the practices and vocabularies of jazz, rock or classical music, and incursions into experimentalism, Marco Barroso and L.U.M.E. music transforms the Big Bands patrimony, breaking free of its conventional patterns and opening new aesthetic perspectives – a sort of kaleidoscope with broad horizons, in a permanent “what if?”. Born in 2006, L.U.M.E released its first homonymous album in 2010, and its second edition in 2013.