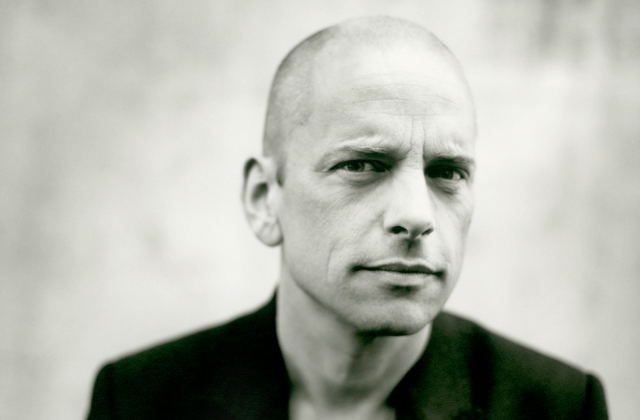 Pianist Tord Gustavsen was born in Oslo in 1970 and grew up in the Norwegian countryside. He began playing the piano aged 4, and was composing and improvising before he learned to read music and perform classical pieces. At the age of 19, he began his studies at the University of Oslo and his interest in jazz started to flourish. He was accepted into the jazz department at the Conservatory of Music in Trondheim in 1993, where he formed several bands and toured all over Scandinavia. Before starting his solo career, Tord had already been an important part of the Norwegian jazz scene for several years. His playing has formed a cornerstone in projects featuring some of the finest Norwegian singers, including Solveig Slettahjell, Silje Nergaard, Siri Gjære, and Kristin Asbjørnsen. The urge for individual expression fuses with acutely attentive listening in creative interplay, making Tord a very special experience both as a soloist and as an ensemble player. Gustavsen has released eight albums on ECM Records with his ensemble and trio. His music has been met by a huge volume of critical approval around the world. He has won the Norwegian Grammy Award (Spellemannsprisen) and numerous other awards and prizes. Tord’s ensembles present a unique universe of lyricism and subtle funkiness. His way of melding jazz history with ‘Nordic’ reflective moods and lyrical beauty brings about an intriguing voice on today’s music scene. 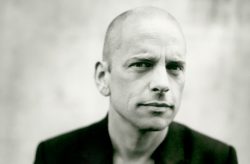 Born 1983 in Buffalo, New York, James Brandon Lewis is a critically acclaimed saxophonist, composer, recording artist and educator. He blends the traditions of gospel and blues with the skills of free jazz and enjoys exploring his instrument’s bottom register. This puts him in the company of greats. Lewis has shared stages and recorded with amazing musicians such as William Parker, Hamiet Bluiett, Hamid Drake, Ravi Coltrane, Jimmy Heath, Jamaaladeen Tacuma, Joe Lovano, Dave Douglas, Marc Ribot and Craig Harris, among others. He leads numerous ensembles and is the co-founder of American Book Award winning poetry music ensemble Heroes Are Gang Leaders. He holds a Bachelor’s degree from Howard University and a MFA from California Institute of the Arts. Brandon Lewis, who was endorsed by Sonny Rollins, has a phenomenal sound with a fierce bite that still has a lyrical, dream-like undertone. These capacities are highlighted extremely well on albums like “Divine Travels” (2014), “Days Of FreeMan” (2015) and “No Filter” (2016). In their latest project, “An Unfuly Manifesto” (2019), James Brandon Lewis Unruly Quintet explore the meaning of freedom. It is dedicated to Charlie Haden, Ornette Coleman and Surrealism. Lewis describes this album as a call to action. “Every day is a chance to discover the truest version of yourself and charge after that relentlessly.” 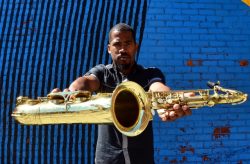